Several members of our Event wanted to introduce a mystery barrier for the robots to cross in the “Stronghold” game.

The idea was that the young ladies of robotics are barrier breakers and they are going to smash the traditional idea of a cute little stuff animal. The tag line was going to be: “We don’t play with our stuffed animals we run them over with our robots!“

Rexi, a 3ft stuffed dinosaur, was affixed to a plate, covered, and fastened to the center barrier. Once , unveiled, the crowd erupted with cheers and waited with excitement to see the robots take Rexi down.

But everyone involved forgot to include the Head Referee in on the plan. He stop the match before it began and removed Rexi from the barrier. The Referee was concerned, rightly so, that the flying debris may cause damage to the robots.

Now we had several Rexi’s laying around the scorers table and nobody really wanted to return them to the store. While filling out the plaques for the Alliance Team’s that won, someone said why don’t we give the winners the stuffed animals. So we did. The young ladies really took to Rexi and a tradition was born.

Now all future teams will compete to take home Rexi. 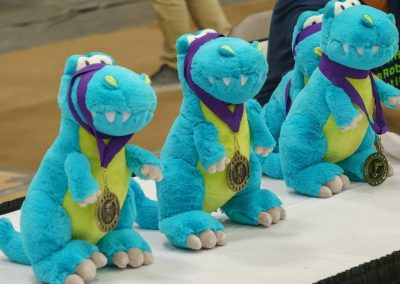 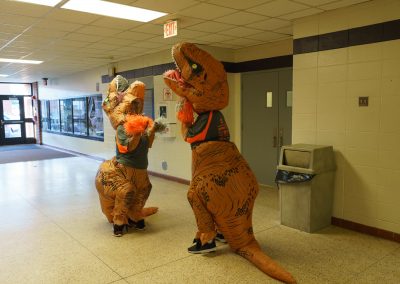 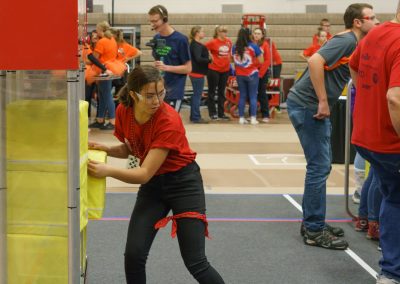 Opening Ceremonies will begin at 8:30am and we
Conclude at 5:30pm.

REGISTER FOR THE EVENT NOW